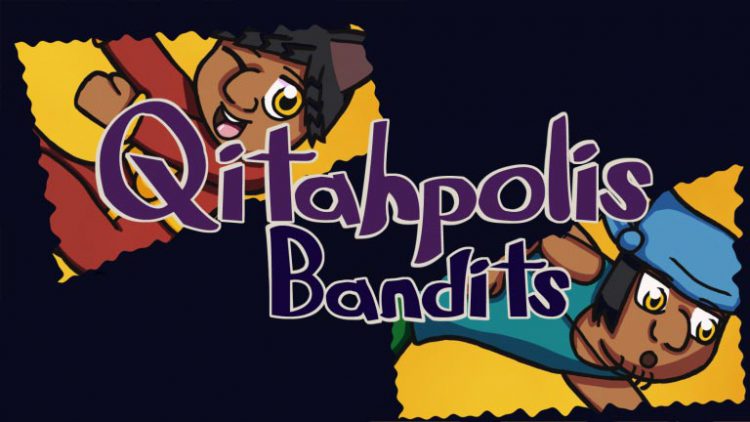 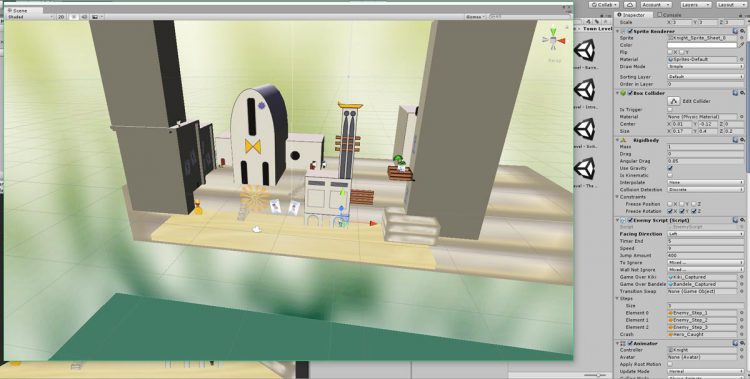 Screenshot of work in Unity Engine 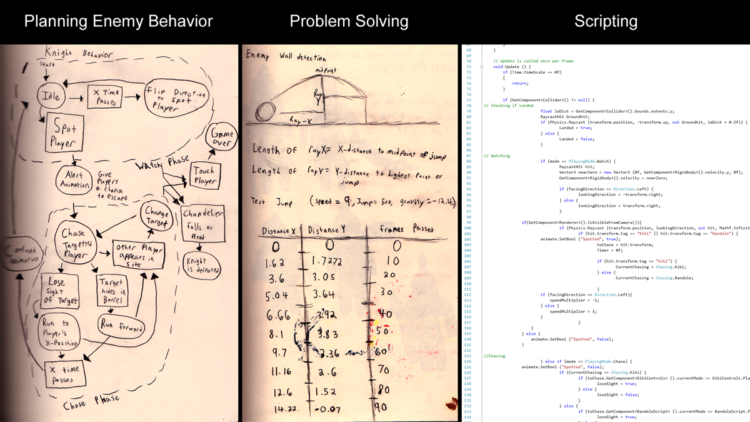 Process work for the Knight's behaviour 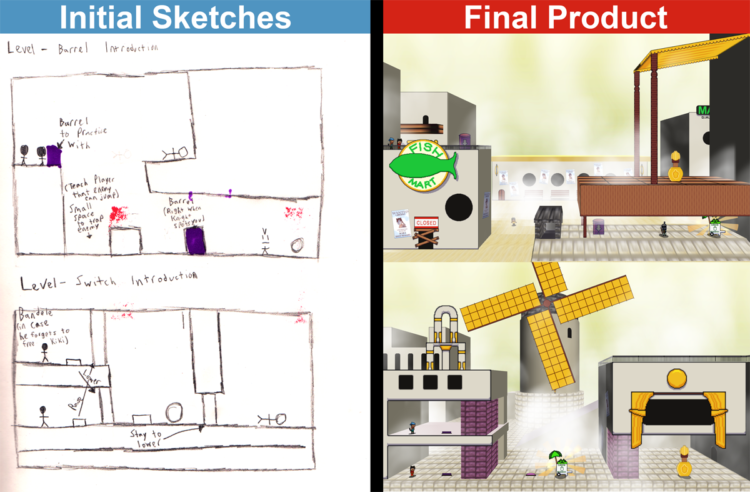 Made between April 2015 and September 2016, Qitahpolis Bandits is 2-Player 2D Platformer game about two siblings collecting food from a tyrant in order to feed a starving town. The mechanics revolve around interactions between the two playable characters and outsmarting the enemy AI.

When designing the main enemies (the guards who would chase the players if spotted), there were factors implemented in its behaviour to ensure the players would know how to handle them while enjoying a challenge. One major factor was a clear indicator on which way the guard was facing (the silhouette of the character was designed to easily identify so). The variables of the enemy were also balanced for their purpose; this includes their running speed being fast enough to catch up to an escaping player but not so fast that the player can’t escape them.

When designing the levels, I went through multiple steps to assure high quality including teaching mechanics, planning the difficulty curve, rough sketches of the level to analyze level ideas and flow (all done in a sketchbook I carried around), getting in-game metrics and applying it, greyboxing, testing, and making adjustments based on feedback from playtesters.